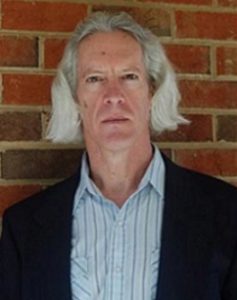 Michael Albers is a professor at East Carolina University, where he teaches in the professional writing program. In 1999, he completed his PhD in technical communication and rhetoric from Texas Tech University. Before coming to ECU, he taught for 8 years at the University of Memphis. He is a Senior Member of ACM. In addition to his work on CDQ, he was SIGDOC Secretary from 1999 – 2005 and the 2013 SIGDOC Conference Chair. He also chaired the Symposium on Communicating Complex Information from 2012 – 2018. Before earning his PhD, he worked for 10 years as a technical communicator, writing software documentation and performing interface design. His research interests include designing documentation on the communication of complex information

That made 26 issues where I was the either the managing editor or layout editor. Actually, I’ve done the layout work for all 26 issues.

For the last couple of years, I’ve been working toward unwinding my commitments as I look toward retirement in summer 2020. Stepping back from CDQ is one of those unwinds. The TPC group at ECU did our annual class scheduling a few weeks ago. I know what classes I’ll be teaching in spring 2020; my last semester as
a full time academic. That scheduling session brought home the feeling of being almost done.

At the SIGDOC conference in 2011, the board discussed upgrading the newsletter into a journal format. Liza Potts and I volunteered to take on the editing tasks and started discussing the design and submission process. In September 2012, we put out issue 1.1. Each year, four new issues have been published. I’ve started seeing
CDQ appear in journal articles. Not just articles being cited, but—even better—in the list of “technical communication journals we examined for this study.” It has a moved into the realm of being worthy of research studies and is accepted as a major journal within the field. Having seen it grow since issue 1.1, that is a good feeling.

Since sometime in 2012, there has been a folder named SIGDOC Newsletter in my current projects folder and a shortcut icon on my desktop named “SIGDOC newsletter.” All of the original manuscripts, many review comments, page proofs, and final issues are stored, neatly sorted by issue. A long list of folders starting with
“issue 1.1” through “issue 6.4.”

In the past six years, I’ve clicked on that icon many, many times. Often while sitting in various coffee shops. At the Coffee Shack, which no longer exists, and Buzz Coffee, which still does, with its wonderful made-to-order donuts. Editing and layout are coffee-fueled activities.

With a feeling of finality, I’ve deleted the desktop icon and moved the folder to my archive directory.

My time with CDQ is over. Time to ride into the sunset.