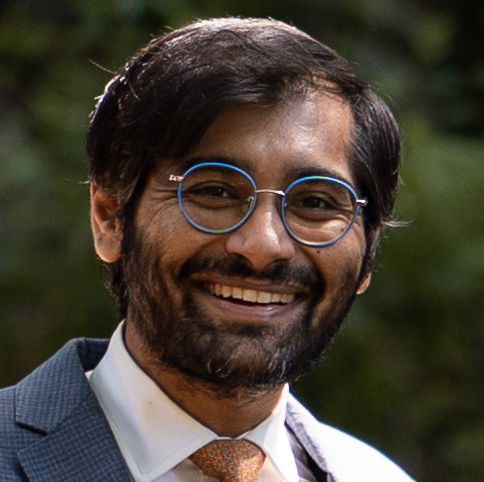 Prajwal Ciryam is a physician-scientist interested in treating and studying severe injury to the nervous system, who has written about the interface of medicine, technology, and public policy for a variety of publications, including Wired, Slate, and The Washington Post. He is an incoming Assistant Professor in the Department of Neurology and the Shock Trauma Center at the University of Maryland, where he will be practicing neurocritical care and conducting research into the biological mechanisms of neurological deterioration after traumatic brain injury.

In this role, he will hold the Military Traumatic Brain Injury Research Group Fellowship, supported by the Center for Neuroscience and Regenerative Medicine at the Uniformed Services University and the Henry Jackson Foundation. Prajwal is currently completing a fellowship in neurocritical care at Columbia University, where he was on the frontlines of the COVID-19 pandemic in New York City, working in makeshift and established ICUs at hospitals that had amongst the highest census of critically ill COVID-19 patients in the United States.

His academic work has been published in a wide variety of journals, including Cell and the Proceedings of the National Academy of Sciences. He completed his B.A. and M.D. at Northwestern University, where he was a member of the Honors Program in Medical Education. He received his Ph.D. jointly in Neuroscience from Northwestern University, where he was part of the N.I.H.-funded Medical Scientist Training Program, and in Chemistry from the University of Cambridge, where he was a Fulbright Scholar and a St. John’s College Benefactors Scholar. In addition, his research has been supported by an N.I.H. R25 grant during his residency training at Columbia.